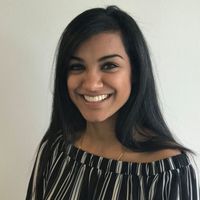 While we can say that people are more likely to have multiple jobs with short employment, now more than ever, many employers still take this as a negative. They'd rather hire the candidate who is loyal to their job because job-hoppers aren't reliable if they can't stick one out for more than 2 years, right?

Not always the case...

My experience after University has been quite a roller coaster. Straight after graduation, I was lucky to secure a fantastic job in PR and Social Media. One year later, I was offered a role with more responsibility and more pay in PR, Content and Social Media. However, 7 months later I was hit with redundancy due to a change in business needs. No worries, within a month I landed a job at an agency for Digital Marketing. Wait up, I was hit with another redundancy just 4 months later, at no fault of my own. Following this, it took me 2 weeks to find a Maternity cover role in Marketing (which of course had an endpoint) and now, despite the bumpy ride, I'm a Senior Marketing Executive.

Does this make me a bad candidate?

When faced with a person who has had a fair few jobs, it's time to pause and think about why they've job hopped:

1. The unfortunate - With me as a perfect example, there are many who have had and lost jobs out of no fault of their own. For example, redundancy.

2. The ambitionist- Someone who consistently pushes themselves to be and do the best they can. Perhaps current jobs didn't quite cut it, or they simply out-grew them.

3. The escapist - This is a candidate who may find it hard to hold a job. Perhaps it was too advance, they needed extra support, or they had poor working habits.

4. The indecisive - We don't always know the job that we want. But stargazer's may have found this out the hard way. They haven't quite found a role that suits them, so they keep hopping 'till they find it.

So, take a minute and remember that they may have been on a bumpy road - this could be their break. I hope that this change in perspective can help job-hoppers feel comfortable to own it, whichever type they are, as long as they justify and give reassurance that they plan to make the most of the opportunity they are applying for.

From 1990 to the present, the number of people who have stayed in the same job for less than two years has grown from 16% to 51%.

Your 2020 resolution should be to learn more.
Ravina Rama

10 Habits of the Most Confident People
Ravina Rama

Think of your next company as your next relationship
Ravina Rama

Staying great is really difficult without a pipeline
Paul Farrer

Chinese Users Spend Nearly 2 Days A Week On Their Phones- How Can Businesses Use This?
Erin O'Neill

Temp for Christmas - or for life!
Maegan Horton
repost  cancel